DTS-es adds a centre channel at the back to create more realistic centre surround signal placement and is a 6.1 channel system.

The Dolby Digital-EX system adds two extra surround speakers, which results in two back surround speakers and two side surround speakers. These systems are referred to as extended surround systems. This was done to create more realistic fly-over and fly-across effects. Sound can now be sent across, over, through or between only the surround speakers. This results in even more spectacular and realistic surround sound, as the more speakers there are, the less stress each speaker is subjected to and the more natural the sound becomes. Unfortunately, this also dramatically increases the cost of producing the soundtrack, so do not expect to find too many of these soundtracks. Luckily, if a customer invested in 6- or 7.1 surround systems, almost any modern surround sound processor will create sound to go to those channels. 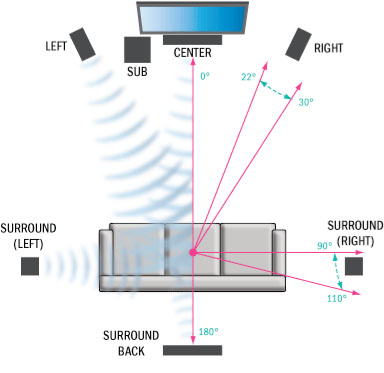 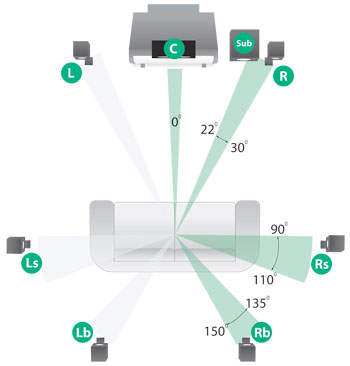 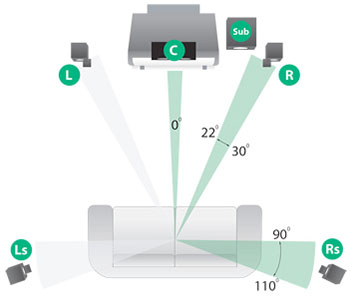 Another later addition to surround formats is Dolby Pro Logic II. This format is a drastic departure from the original Pro Logic, but retains the same genetic roots of Dolby Pro Logic by using stereo material to produce surround sound. This format is produced digitally and makes use of the complex digital processor, to afford the user a more realistic and natural sounding surround experience from stereo signals. Because of this, there is no need for having a specially encoded soundtrack for Pro Logic II and can be obtained from any stereo recording. Most new surround receivers will be able to process this format.

There is also a new version of DTS that works with any stereo signal. This format called DTS neo:6 and is very similar in it’s functioning to the way Pro Logic II works. It is said to be DTS’s answer to Pro Logic and is included in most surround processors. Both Pro Logic II and DTS neo:6 operate digitally and deliver staggering levels of realism and precision, despite being processed from stereo recordings. Both formats also offer different, user selectable, versions of their format for optimal use with different programme material. The three versions of neo: 6 and Pro Logic II are music and movie and game, with independent setups for each. These different versions optimize the decoding software for the type of programme material used and results in more natural music reproduction and more vivid movie soundtracks.

Both Pro Logic II and neo:6 can also be extended to incorporate the newly added “extended surround” speakers, respectively called Pro Logic IIx and neo:6x, designed to make full use of the complete package of speakers in the system.