1) Screen sizes can comfortably and drastically increase to offer true cinematic experience for the viewer and;

2) Definition of images are so fantastically increased that images truly become lifelike to the extent where the viewer no longer notices that they are viewing a digitized version of events, but are more likely to see the images as though viewed through a window. The attached image shows just how enormous the difference is to “old fashioned" TV - or even DVD! 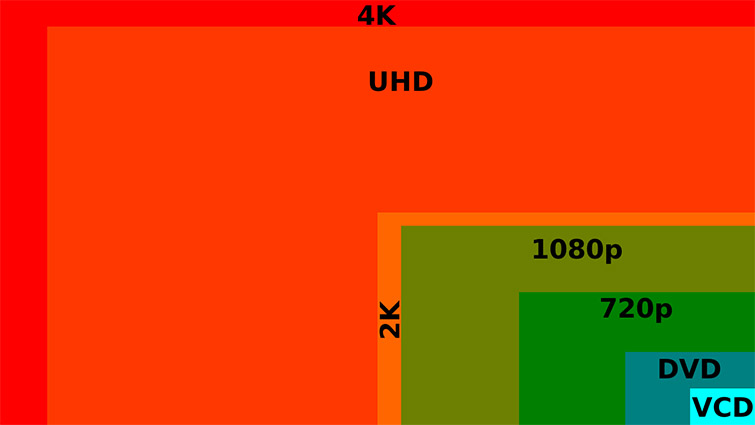 The added advantage of 4K image resolution is that is quickly becoming a standard in commercial theatres to use digital projection as opposed to analogue reels. This means no image degradation over time and (over time) more software available for the home viewer.

The use of width to characterize the overall resolution marks a switch from the previous generation, high definition television, which categorized media according to the vertical dimension instead, such as 720p or 1080p. Under the previous convention, a 4K UHDTV would be equivalent to 2160p.

YouTube and the television industry have adopted Ultra HD as its 4K standard. As of 2014, 4K content from major television networks remains limited.